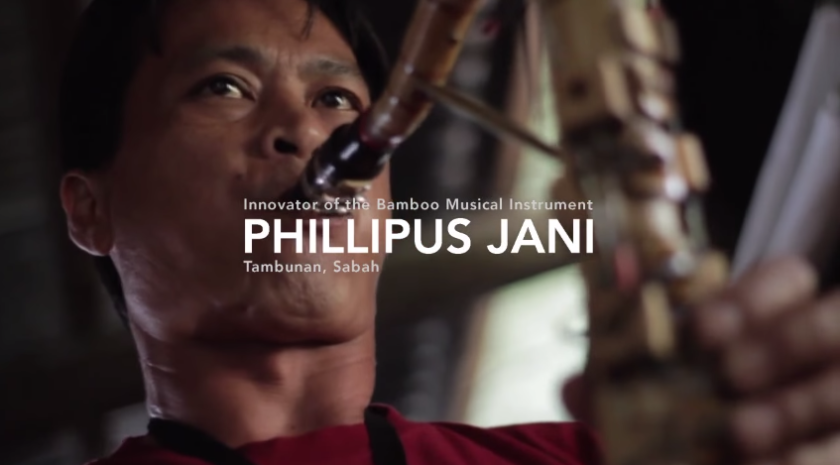 ** Picture above taken from Yayasan Inovasi

Last week, a Sabah-born saxophonist made it into Singapore Prime Minister Lee Hsien Loong’s Facebook account after the PM snapped a picture of him playing a bamboo saxophone at the 26th Asean Summit in Kuala Lumpur. The photo attracted a lot of comments and over 11,000 likes.

Shortly after the photo was uploaded to Lee’s Facebook, Philipus made it into the news. Apparently the duo had a conversation where the musician asked the Prime Minister where he came from.

This was however not the first time media picked up stories about Philipus. I do believe not many people have heard of him until recently. So, who is this saxophonist and why was he invited to serenade top leaders at the Asean Summit event? You may learn about him here.

IT took Philipus Jani 13 years to fine-tune his  saxophone made from bamboo.  These days, he can make one  in five days.

The 44-year-old multitalented Dusun from Tambunan has now sold 70 bamboo saxophones around the world and has made a profit of over RM100,000.

“I only produce the instrument upon request and many have placed their orders from Japan, Australia, the Netherlands and also locally.

“Although the saxophone is my main focus, I also make other instruments from bamboo such as violins, flutes and guitars,” said Philipus, who also earns his living as a musician and handicraft maker. 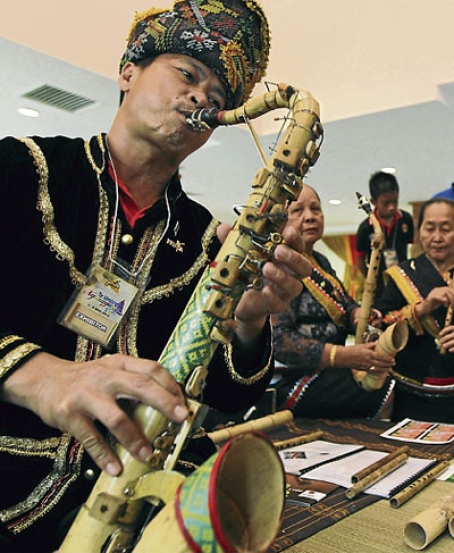 Music comes naturally to Philipus — he plays by ear and has never attended any musical lessons.

Well known for his Sompiring trademark, his passion for the saxophone began in 1993 when he first tried his hand at the conical-bore transposing musical instrument.

“I didn’t know how to play a saxophone then. One day, I borrowed one from a friend but after a week I had to return it. Later I kept thinking about the instrument. It was like falling in love at first sight.”

Because Philipus could not afford to buy a saxophone, he decided to make one using a type of bamboo known as rugading, which is sturdy and light.

“I never once gave up during that 13 years. It was annoying but I eventually got the right sound by 2006. Now, it takes me five days.

“My saxophone has brought me to places I’ve never dreamt of going to. I have been to peninsular Malaysia and many more places. I have performed in Japan.”

Philipus said buyers from other countries would personally fly over to meet him at his small workshop at home.

Sometimes, he plays at a hotel lounge and at corporate events.

The humble craftsman is still holding on to his first bamboo saxophone.

Philipus’ next dream is to make a piano from bamboo. 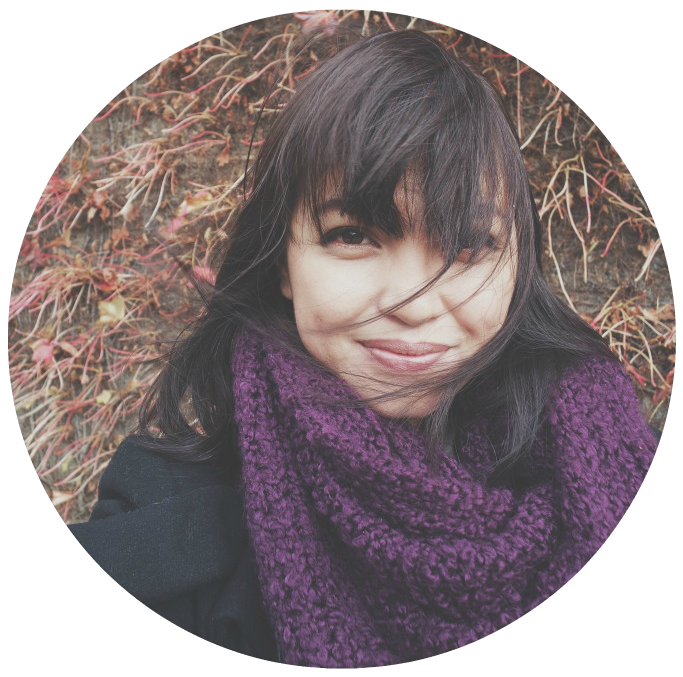 WWII sites visitJanuary 24th, 2020
I've recently taken an interest in World War 2, particularly D-Day. Would love to visit Normandy and Bastogne and pay respect to the fallen soldiers. Would love to see the Auschwitz concentration camp and Dunkirk too.